Let’s take another look at the most recent Saturn return chart for the USA. This happened on September 26, 2011, and will be in effect until November 2040. 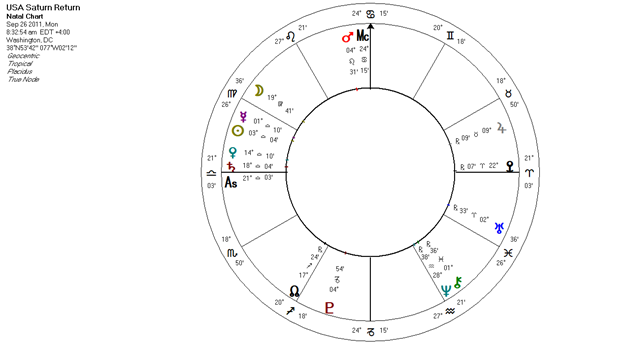 The only planets in angular house are Eris (discord) and Mars. Saturn is sitting right above the Ascendant. Discord is a mild term for what the country has been going through—and it isn’t over yet.

The Saturn return chart is only the beginning. That chart’s energy keeps going by means of its solar return charts (and half-solar return charts). These show how the impact of the original chart manifests through time. It’s similar to throwing a rock in a pond: The initial impact of the rock on the water only takes an instant but the waves keep going across the pond long after.

And some of these solar return charts have really big waves.

Saturn rules form and structure, rules and regulations—the “normal” way things are done. This is the planet that gets the mail delivered even in bad weather (or at least it used to) and gets things back to normal after a disaster. It most certainly rules regular elections.

Let’s look at the solar return charts that immediately preceded the last three presidential elections. The first one was Obama vs. Romney in 2012. 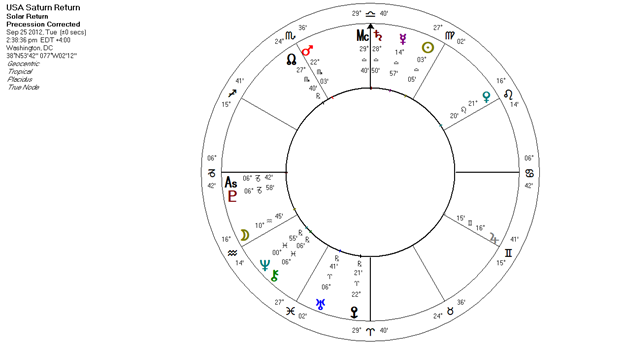 This is an election for the leader of the country, so we have to start with the 10th house. The 10th house begins at the Midheaven.

We have to use derived houses, meaning the houses have to be re-numbered as the 10th house becomes the first house.

In this chart, Obama is ruled by the Libra Midheaven and Romney by the nadir in Aries. When you turn the wheel, Venus, the ruler of Libra, ends up being higher up than Aries’ ruler, Mars. Obama won.

Can it really be that easy? Let’s look at some more examples.

In the 2014 mid-term election, Taurus was on top, ruling the party in power while Scorpio was on the nadir. Where were the rulers of these signs? 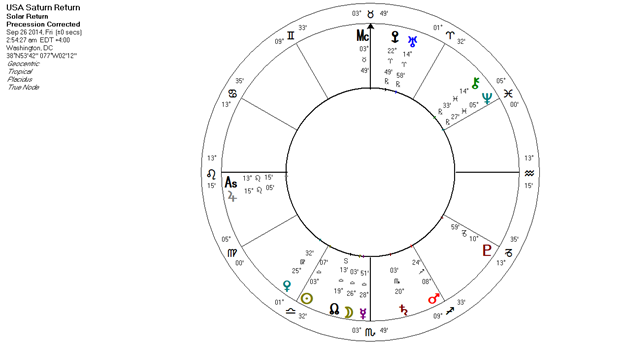 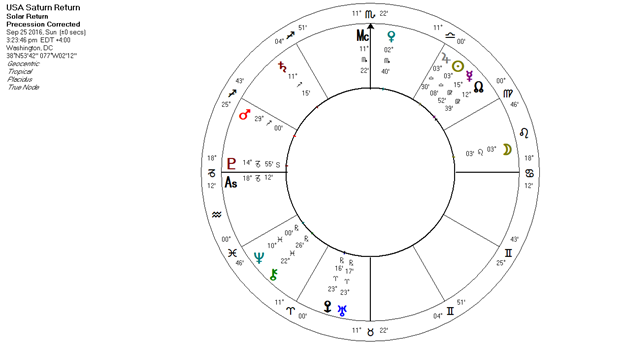 Uranus (sudden disruption) and Eris (discord) are just one minute of Arc from an exact conjunction! They are both square the derived Midheaven. Pluto rules the party in power (Midheaven). It is in the derived 3rd house close to the derived nadir.

In Chapter One, I said that the solar return of one of the Uranus-Pluto squares gave us that shocking, totally unexpected election result. And so does this chart! When more than one chart indicates an event, that event is more likely to happen.

In fact, major events are usually indicated by more than one chart. They are frequently shown by a whole bunch of charts. That’s the cascade.

Next, we have the 2018 off-year election. Notice the difference in this chart? 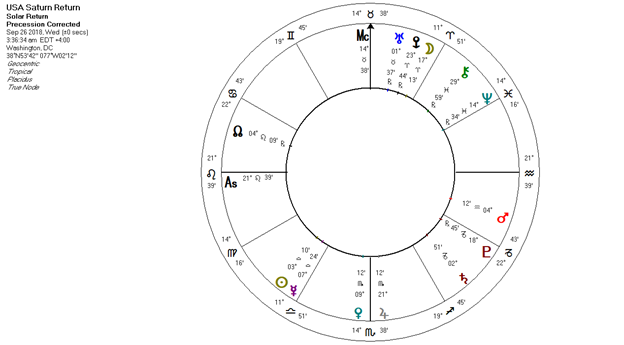 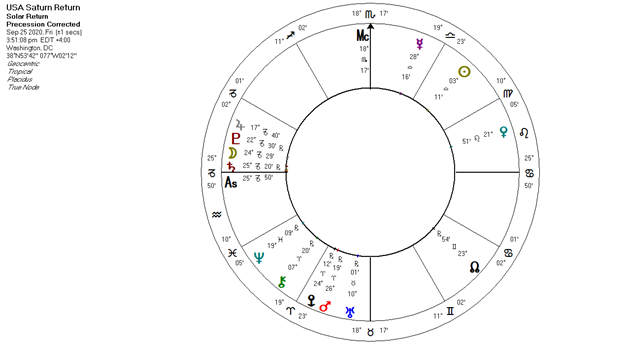 Trump is indicated by the Scorpio Midheaven (ruled by Pluto), Biden by the Taurus nadir (ruled by Venus). Venus is in the derived 10th house and is far above the 3rd house Pluto. Biden won.

But take a look at that T-Cross. Mercury is opposing that conjunction between Mars and Eris. A T-Cross is formed by squares from Pluto, the Moon, and Saturn. The T aims towards the 9th house (legal matters).

Trump is ruled here by Pluto. He will not give up. And if he loses, he will not rest until he gets revenge.

Brace yourself. 2020 is only the first year of a wild decade.

How about future elections? Let’s take a look.

The next election will be an off-year election in 2022. The party in power in the White House usually loses seats in Congress in off-year elections and that will also happen this time. There is a Taurus Midheaven and Scorpio on the nadir. Venus rules the party in power. Pluto rules the challenger. Pluto in the derived 8th house is higher than Venus in the derived 5th house.

Notice that Venus is opposite Neptune. This means that the party in power will make some bad mistakes due to confusion.

Uranus is in the derived 12th house (self-undoing) and square Saturn in the derived 9th house (religion and philosophy). Ideological differences in the party in power will lead to battles behind the scenes that will harm the party’s performance in the election.

The next presidential election will be in 2024. The closest solar return from the 2012 Saturn return will be in September 2024. What does this chart tell us?

Pluto is in the derived 3rd house close to the bottom of the derived chart, while Venus occupies the derived 12th house. This indicates that the party in power loses.

But take another look at the challenger’s ruling planet: Venus. It’s in the derived 12th house, the house of restrictions. Venus was also Trump’s ruling planet in 2016 and it was also in the 12th house. Trump was operating under restrictions from the beginning. The Russian collusion investigation and impeachment were only part of it. Look for a re-run of this after the 2024 election—after all, history repeats itself.

Before we go any further with return charts, there is a more immediate factor to deal with: inauguration charts. The moment a president-elect takes the oath of office, a new administration is born. And the inauguration chart for January 20, 2021 at 12 p.m. is cause for some concern.